Yes, provided that the correct precautions are taken and that staff are trained in operating the UVC disinfection equipment. Read more...

Yes – provided that the correct precautions are taken and that staff are trained in operating the UVC disinfection equipment.

Many businesses and healthcare facilities are finding traditional, chemical cleaning of surfaces insufficient for disinfecting against COVID-19, and are turning to UVC disinfection as an alternative.

While it has a number of advantages over traditional cleaning methods, particularly in terms of efficacy, efficiency and long term damage to materials within the room, UVC disinfection is a form of radiation - and therefore can pose a potential risk to humans if it is not administered within safety guidelines. 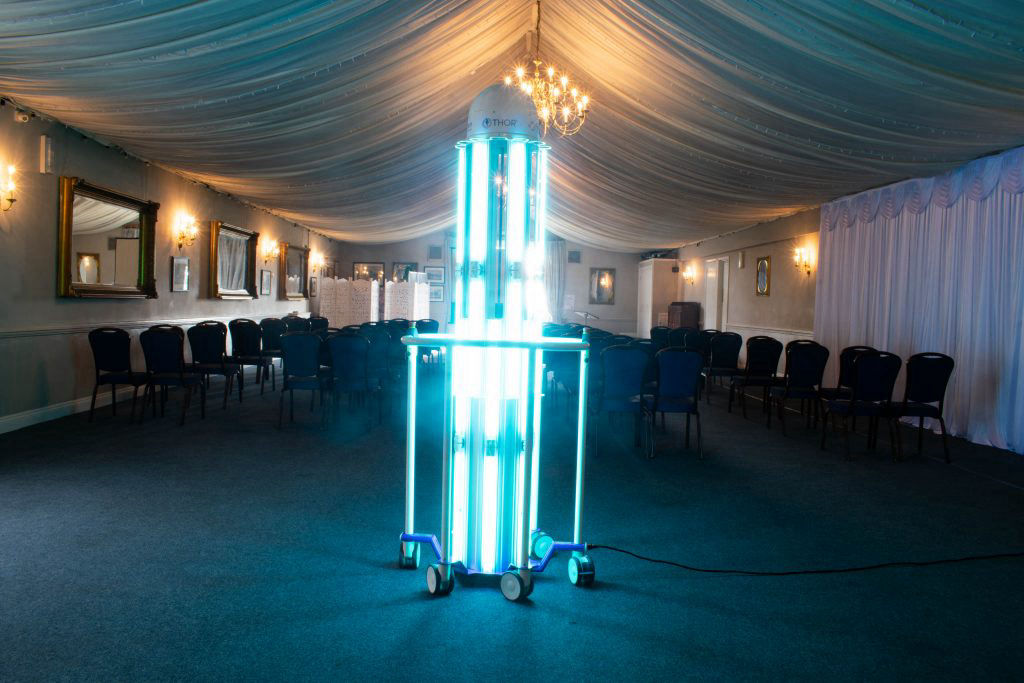 How can UVC potentially be harmful?

All UV light exists on a spectrum of different types. The most commonly encountered forms are UVA and UVB, which are received from the sun. We are all familiar with the risks of these - the most common being sunburn and, after severe and prolonged exposure, accelerated ageing and even skin cancer.

This is also the case with UVC radiation. Prolonged exposure can cause temporary damage to skin and eyes, including redness and ulceration in the case of the former, and a transient condition called photokeratitis in the latter which could be regarded as a ‘sunburn of the eye’. Generally, both heal quickly - in the case of photokeratitis within 48 hours. Where long term and sustained exposure occurs, there is a cumulative risk of skin cancer, similar to the UVA/UVB from sunlight.

Just as the risks of sunlight exposure can be mitigated by avoiding over-exposure and by employing sunblock and sunglasses, so too can the effects of UVC radiation. In fact, with proper use of equipment which is designed for safe operation, exposure to humans is entirely unnecessary, and should never occur during normal use - meaning the risk to users is eliminated.

How can UVC be used safely?

UVC is safe when delivered through an automated process where there are no people present. This process, depending on the equipment used, should last only minutes. Once it is complete, the equipment and the room it has disinfected pose no risk of harm.

Properly designed UVC disinfection equipment (such as our own THOR UVC®) will be designed to allow for entirely remote operation of the device, and will not require a user to be present in the same room as the device when the disinfection is executed for this reason.

However, accidents can happen - and it is always possible that someone will enter the room while disinfection is taking place either because they are unaware that it is occurring or because of a failure in training which means they are not aware of the potential risks of exposure.

In this instance, well designed equipment (such as THOR UVC®) will include fail-safe measures aimed at mitigating any harm due to accidental exposure. For instance, a motion sensor which immediately halts the disinfection process if it is triggered. The room is then rendered immediately safe, and the disinfection process must be remotely enabled by a human user before it will begin again. Large, prominently positioned ‘Emergency Stop’ buttons are a further precautionary measure, which should be easily usable by anyone, whether they are familiar with the device or not.

Properly designed equipment, used by staff who have received training from the manufacturer or distributor, is entirely safe to use. 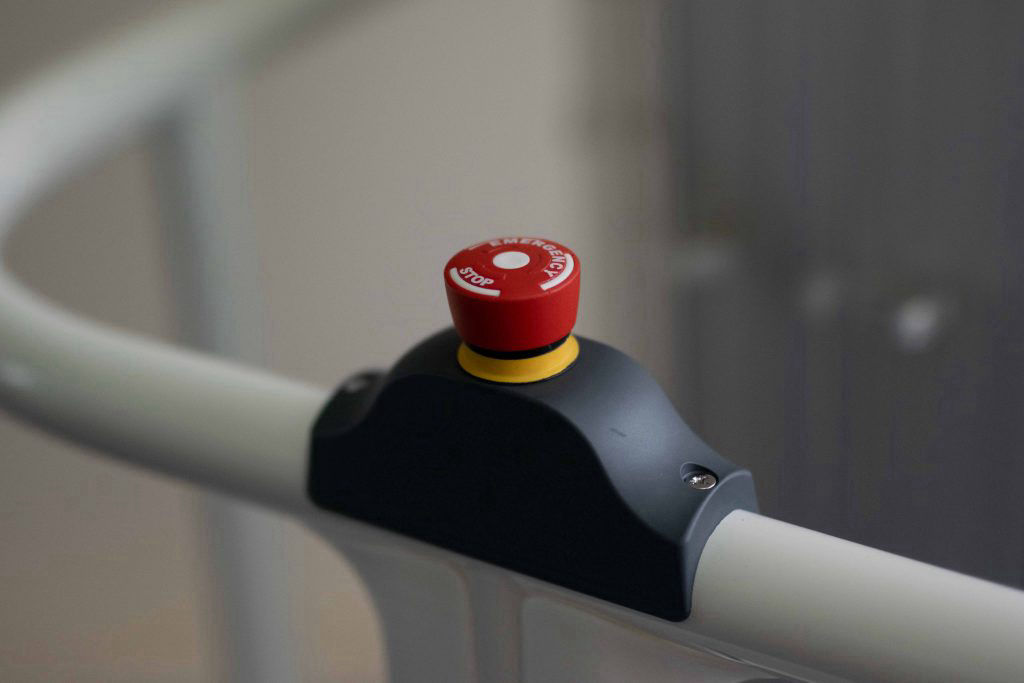 To enable safe remote use, and to mitigate any risk of accidental harm, THOR UVC® incorporates a number of safety features. Three of these are as follows:

- An included tablet, enabling easy wireless remote control of the disinfection and scanning programmes without touching the device itself. This means the user can be safely outside the room when operating the device or adjusting its settings.

- Four heat and motion sensors that shut off all UVC emitters rapidly and automatically if any movement is detected in the room being disinfected. This guards against the possibility that anyone might enter the room while the UVC disinfection is taking place.

-Two emergency stop buttons mounted at waist height for ease of access and also to ensure that they do not become obstructed by furniture. If for any reason the disinfection must be stopped manually, these buttons are clearly marked and easily usable.

The design of THOR UVC® provides ease of use without compromising safety. While training on the device for users is required, it does not require a technical or specialist background – and the device is designed to help users to ensure its use is as safe as possible at all times.